Project Swallow began in 1983 when Carlyle Rogillio, petroleum engineer and wildlife activist, and other prominent and concerned regional business leaders formed the Project Swallow Committee to plan and implement a refuge and visitor's center for the swallows, and the Purple Martins in particular. Project Swallow, founded by Mr. Rogillio, evolved into the National 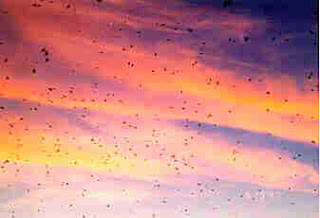 Research in the early 1980's indicated that Purple Martin numbers were declining. As a warning, the species was "Blue-Listed" by the Audubon Society. Dr. Eugene Morton of the Smithsonian Institute estimates that since 1850, the time when John James Audubon began to document Louisiana wildlife, the Purple Martin has declined by over 90%. Adding to the decline was a large number of injured, sick and orphaned Purple Martins. Efforts were directed toward providing aid and saving these birds. 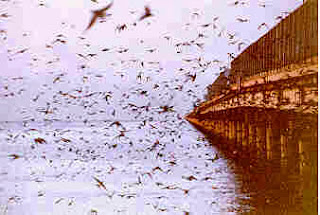 Due to the success of the project, the scope of the operation increased. In 1992, the organization was incorporated as the National WildBird Refuge, Inc. and given tax-exempt status by the Internal Revenue Service under I.R.C. 501(c)(3). NWR is governed by a voluntary Board of Directors. While National WildBird Refuge is the corporate name, it is popularly known as "Project Swallow".